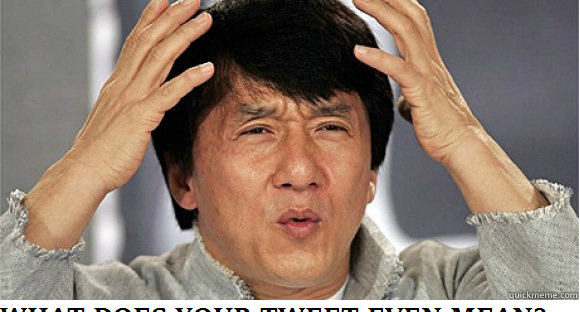 Everyone is entitled to an opinion, but it wasn’t until Twitter came along and provided us with a platform to express our views on. So in a world where everyone can create content and participate in online conversation, the value comes from sorting information.

This is where we, as users become the gate watchers.

When trending topics appear on twitter, they are only live for a certain amount of time, meaning that we only have a small window to participate. This is because the speed of access becomes valuable.

In this time we respond to the production of an idea or event and then we voice our opinions on Twitter, where an aggregation of thoughts begin to emerge. But it is the users as the gate watchers who curate the tweets by liking, responding, re-tweeting and by bumping the topic into Twitters line of vision to then declare it as a trending topic.

Without a hashtag attached to the tweet and the curation of tweets on the trending topics link, the tweets would make no sense. This is because an individual tweet is worthless without a curation of aggregated tweets that provide its value and meaning. It provides context. 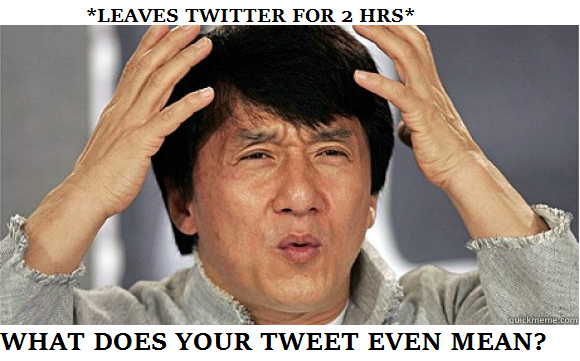 Lets look at this weeks trending topic: #InternetTVshows which was created by the comedy show midnight. 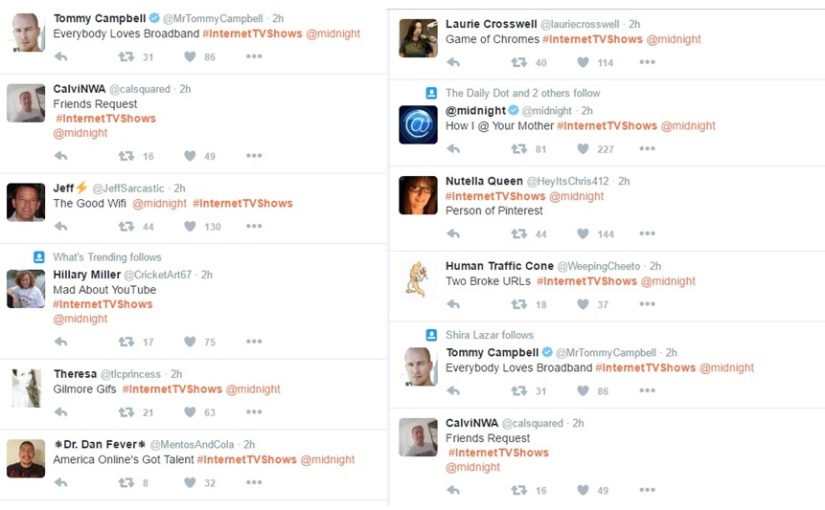 People were tweeting what they thought were good remixes of TV shows and the internet.

It wasn’t long until Trump made an appearance! 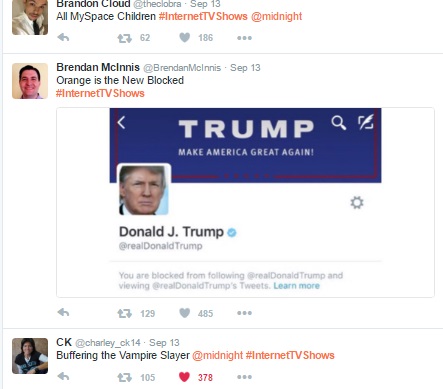 But all of this wouldn’t make any sense on each persons individual news feed. It would look like someone took to twitter after a few drinks. But the sum total of everyone’s tweets that were curated by gate watchers created a bridge of pebbles.

But the trick here is to be fast because in the blink of an eye a new topic is trending and this topic is old news.

Communication and Media student at UOW View all posts by moniquelombardo